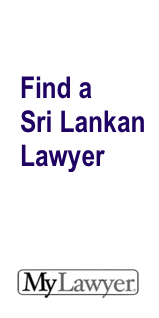 Who is online?
In total there are 3 users online :: 0 Registered, 0 Hidden and 3 Guests

What is Malicious Desertion

Admin
According to Sri Lankan case law, malicious desertion occurs where there is “a deliberate and unconscientious, definite, and final repudiation of the obligations of the marriage state”.

What this means, in simpler terms, is that the person seeking the divorce should be able to establish two things – namely, the fact of desertion, and an intention to end the marital relationship, both on the part of his or her spouse.

Malicious desertion is a continuing offence. What this means is that it exists so long as the fact of desertion and the intention to end the marital relationship continue to exist. Where either of the above factors cease to exist, so will the possibility of claiming malicious desertion as a ground for divorce.